Mobile Augmented Reality has exploded in recent years as an innovative new way for brands to connect with customers.

While AR used to require an app to download, AR experiences can now be activated with the simplicity of a QR code scan. The consumer is instantaneously immersed into the creative and entertaining experience through their browser. This convenience is key to increasing outreach, while connecting brands with an image of “fun.”

What is Mobile Augmented Reality?

Mobile Augmented Reality is an app-less technology that has changed the face of marketing and digital content.

Brands of all sizes are using Mobile Augmented Reality to connect with their audience like never before. Multiple case studies show unprecedented engagement rates of 35% and higher.

We’ll give you some of the best examples to show you how brands are achieving such impressive marketing success.

Here are the top ten Mobile Augmented Reality experiences that can hopefully inspire your next campaign.

Some of the most interesting Mobile Augmented Reality experiences animate the packaging itself. By scanning a QR code on Stillhouse’s stand-out stainless steel can packaging, the can comes to life. It becomes interactive and connects the customer to the brand in a unique way.

Using custom 3D animation, Stillhouse’s can opens out to reveal a fully functional map, compass included. This rustic-looking map lists thousands of points of interest across the United States. These points include some amazing Federal Nature Reserve walks, recreation areas, and stores that sell Stillhouse.

This experience reinforces the brand’s identity of being “America’s finest.” It’s the whiskey to take into the wilderness with you.

This Mobile Augmented Reality experience promotes the ECB’s 100 ball cricket competition The Hundred. It drops fans right in the middle of the virtual action

Accessed through the browser is a highly interactive cricket game. The experience begins with choosing a cricket team. Once the team is chosen, the avatar player wears that uniform, and the player is invited to enter their initials, placed on the back of the jersey.

The packed stadium of fans then virtually appears on the screen wherever the user points their camera. As they pan around they get a full 360 degree view of cheering fans. Then the AR zooms into the user’s player in the middle of the stadium for the simulated cricket gameplay.

The bowler throws the ball and by tapping the phone screen at the right time activates hitting the ball with realistic physics. Once the game’s over it shares the results. They are invited to play again, share this experience with their friends and most importantly, buy tickets.

3 - All of Us Research Program

One of the most engaging kinds of Mobile Augmented Reality is its spontaneous placement somewhere otherwise mundane, making it come alive.

Pedestrians were invited to scan a QR code placed on traffic boxes across multiple locations in Seattle. The user would then watch as the traffic box flips open with 3D animation to show them scenes of All of Us’s work. By adorning these boxes with artwork from talented local artists, users were more likely to be drawn to these codes.

Both mobile and desktop compatible, students were invited to tap to place their very own virtual Career Fair wherever they happened to be. The student can then explore these fully interactive stations, complete with exhibits and tables and cartoon people milling around.

For example, at the “Social Media Intern” table, the user can simply tap it to be brought directly to the job application for the position.

Want to elevate your customers’ experience with your product beyond them merely eating it? The Good Crisp Company’s themed Mobile Augmented Reality experience undoubtedly tied their chip brand to Christmas time.

By pointing the phone’s camera at the can, the packaging came to life with 3D CGI animation.  The experience included snowfall and Santa talking to the user. The user was then invited to take a selfie with Santa and share it.

Speaking of Christmas and selfies with Santa, Verizon transports users to an impressive 3D Winter Wonderland. The user could be on a Florida beach, but is then immersed in a 360 degree Santa’s grotto. They’d find themselves exploring a snowed-over cabin with Santa’s sleigh parked out front while their feet are in the sand.

The user is even invited to tap their screen to turn on Christmas lights on the tree! Tapping on the cabin door will transport them inside, where an elf works away on a laptop and chocolate chip cookies await virtual Santa.

When the Los Angeles Dodgers won the World Series, Golden Road was ready. Featured in the LA Times was a QR code that brought fans to celebrate with Mobile Augmented Reality.

The browser instantly activated the experience. It showed the fan in selfie mode wearing a virtual Dodgers cap and Golden Road themed Dodgers can. Once the fan tapped their screen, the can cracked open and confetti rained. The fan could then capture this moment with a photo and share it. Plus at the top of the screen, there was access to a rebate for the product.

Just like Verizon’s Santa’s Grotto, the customer simply strolls into a Yosemite National Park experience. By tapping a spot on the ground, a tent appears with a doorway. The user then walks through it into an immersive stunning landscape, complete with waterfall and campfire.

Users are invited to explore, learn about the park, enter a contest and find where they can buy Michelob Ultra.

Using Mobile Augmented Reality, shoppers don’t need to download an app to participate. By scanning the QR code in-store near Kinder’s product, a portal opens “to Africa” right there in the aisle!

Once inside the portal in this CGI savannah, the shopper can then interact with and learn about the African animal Kinder mascots, including a zebra and lion.

Like the career fair, Nutanix used Mobile Augmented Reality to create a virtual event booth. Users can interact and walk around it, viewing videos on the displays as if they were TVs at a live expo event. Users are even conveniently invited to tap for a free trial.

Read Next: 5 Options for Your Augmented Reality Marketing Strategy 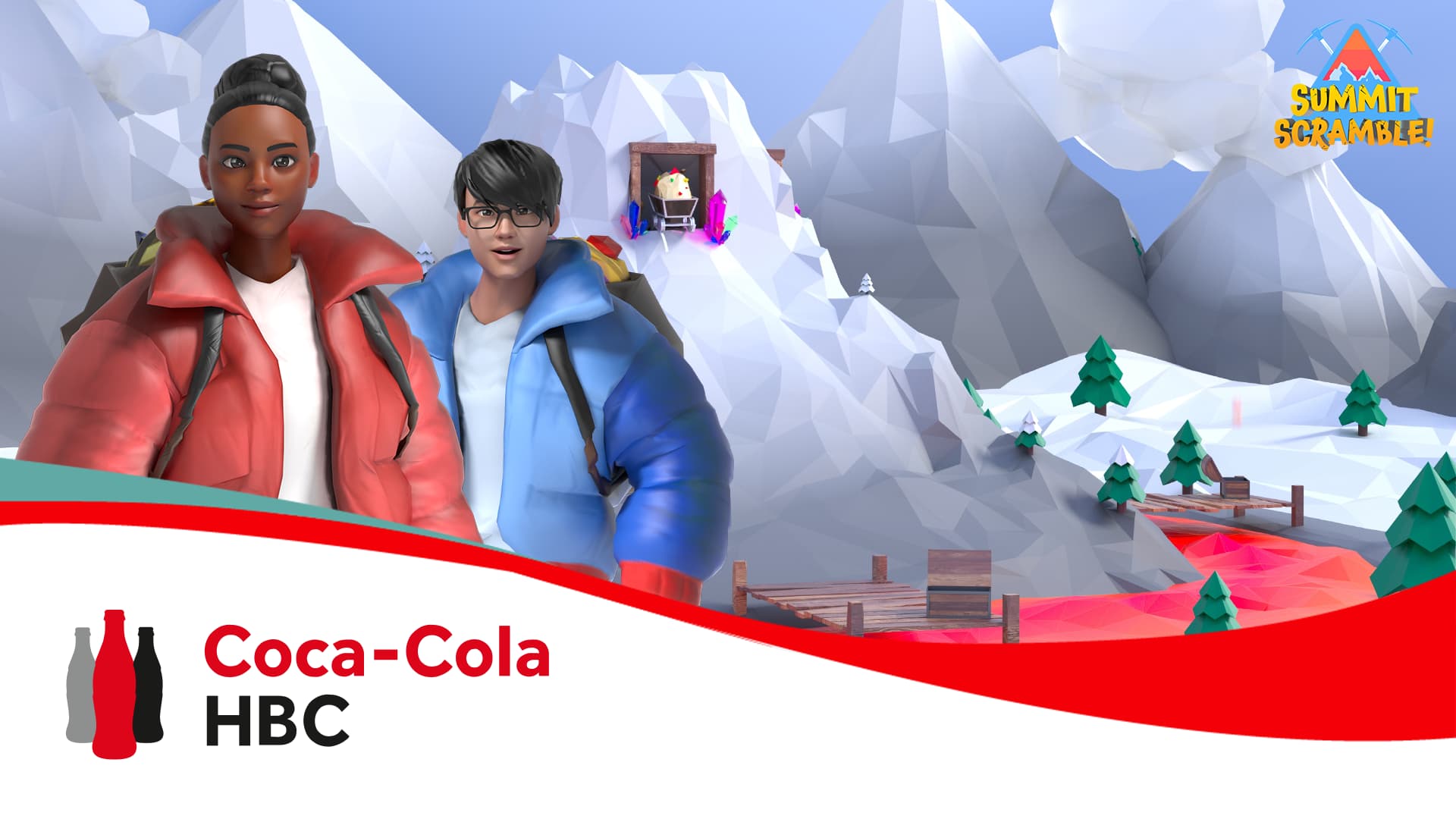 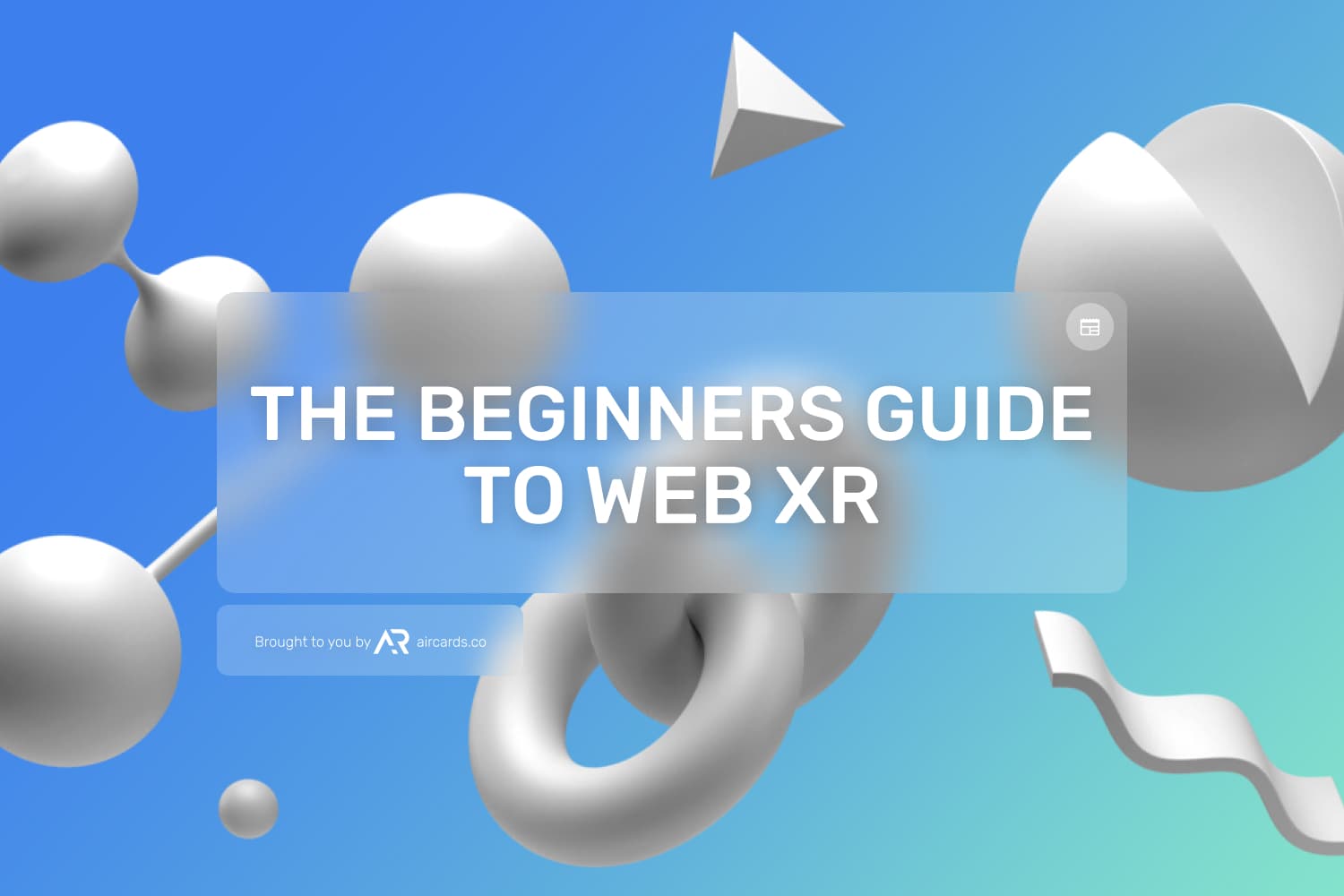 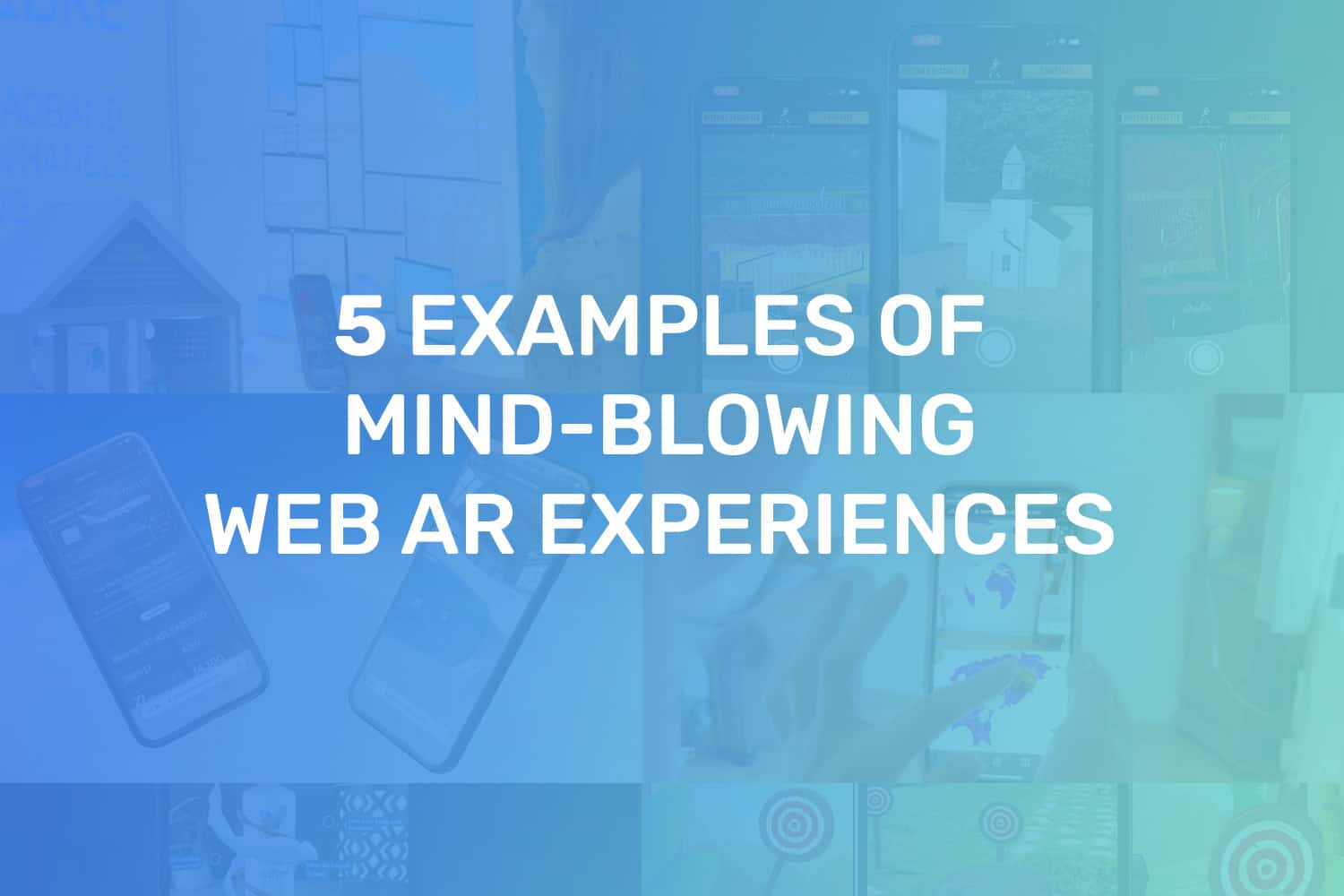